@Lucius Husky ​
Lucius and Exnem have been working together today helping me out with a couple of events but have done one of their own, namely the Escape Room. I've always thought an Escape Room would be near impossible on PERP and nobody would understand it but today has proven me wrong. Lucius, you've done some pretty outstanding work since helpers took on the role of event team and I really value your efforts in making these non e-sport events.​
​ 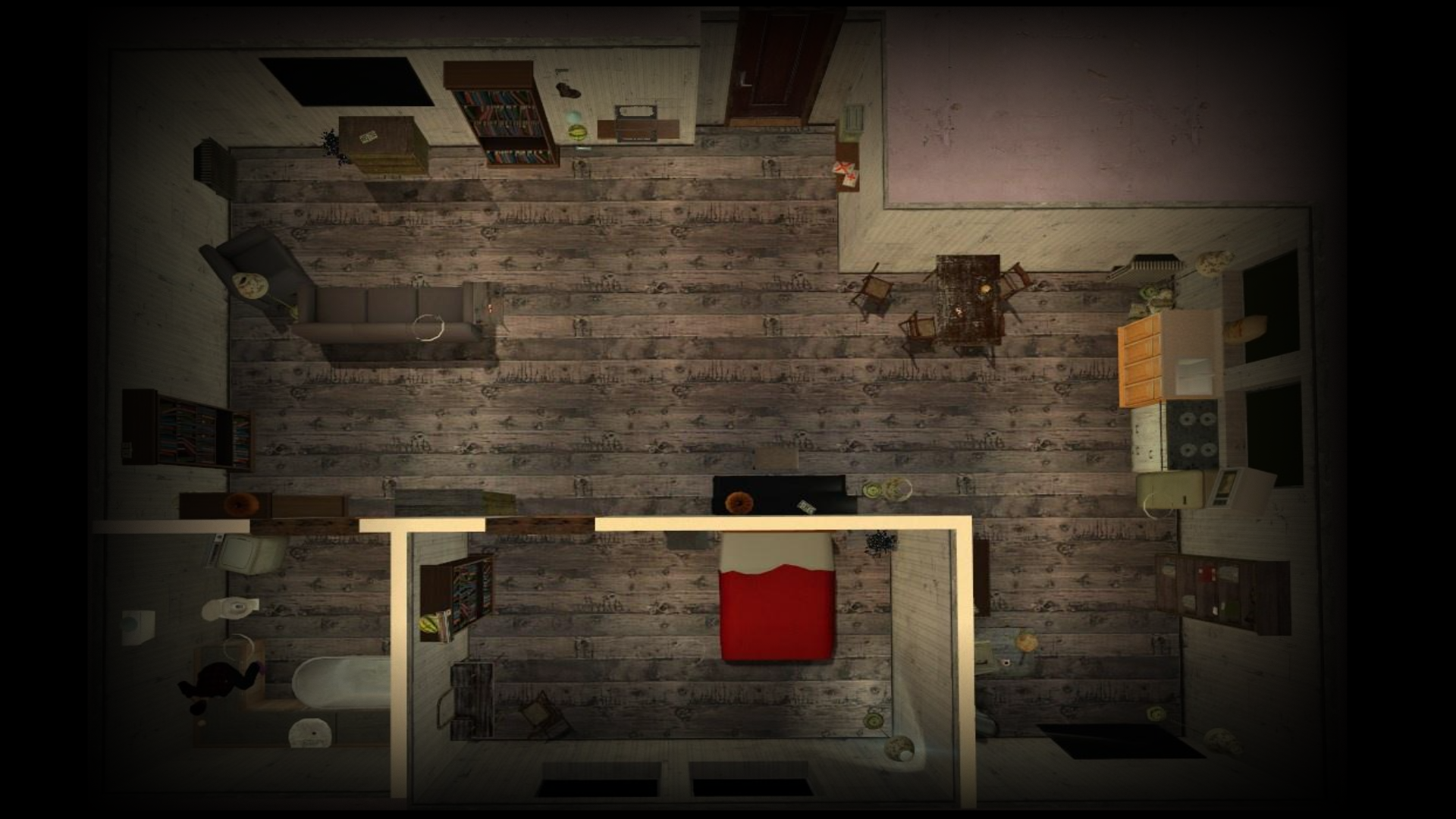 ​
@rogue ​
Rogue has set up these fishing docks areas in Hicktown a few times which look very snazzy, he has also been mentioned a couple of times in the #roleplay-showcase channel on Discord for other reasons. A special mention also goes out to @Auris also for his commitment to fishing even if he is not included in this screenshot.​
​ 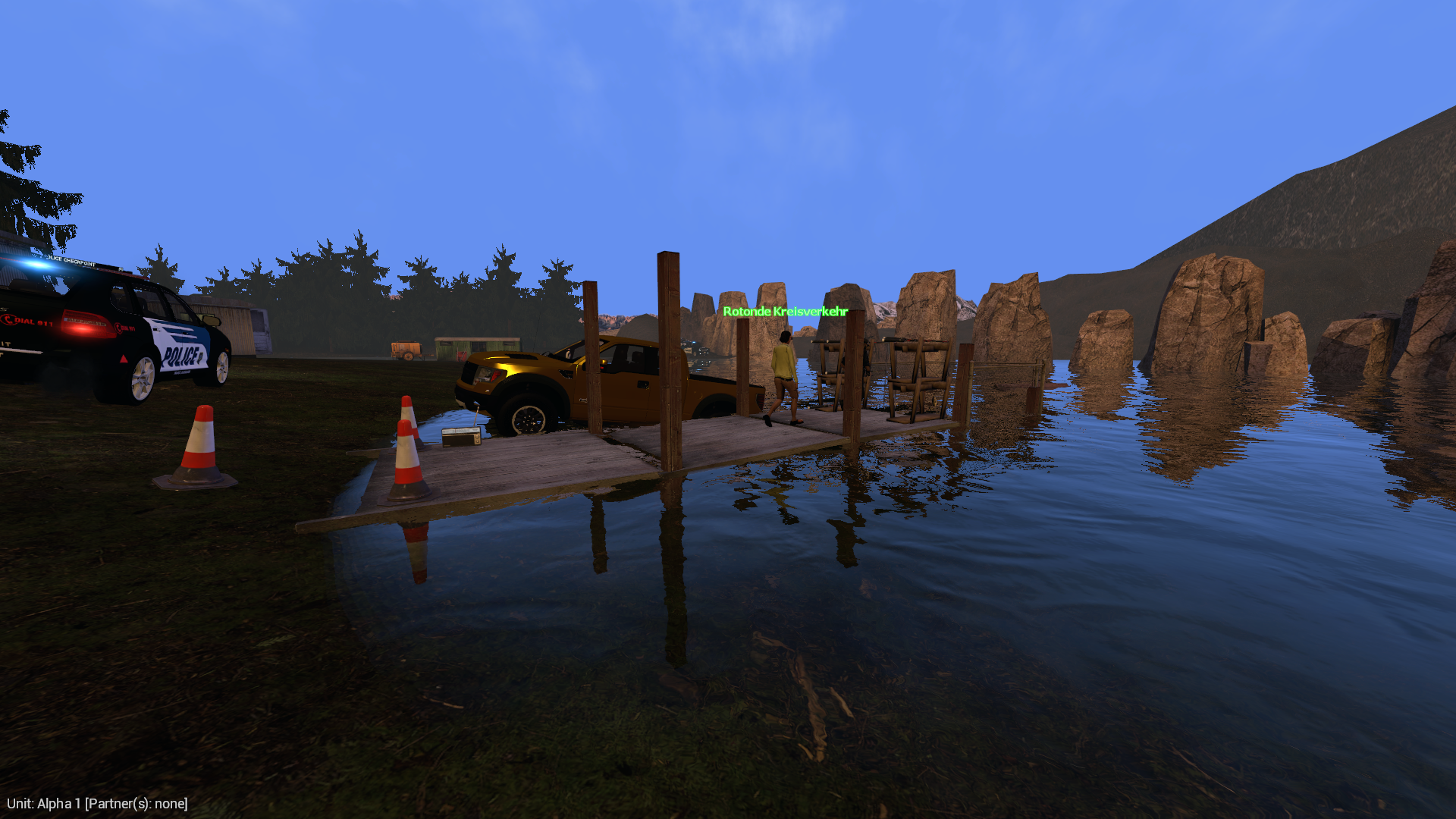 ​
@AwesomeGamersHQ ​
I know this is over a month old now but AwesomeGamersHQ made a Fire Department outreach event which received some attention. It's good to see some PassiveRP especially whilst on the Fire Department job which can be seen as under-used compared to some others. A reward of $50,000 is available to you if you make a report in-game.​
​ 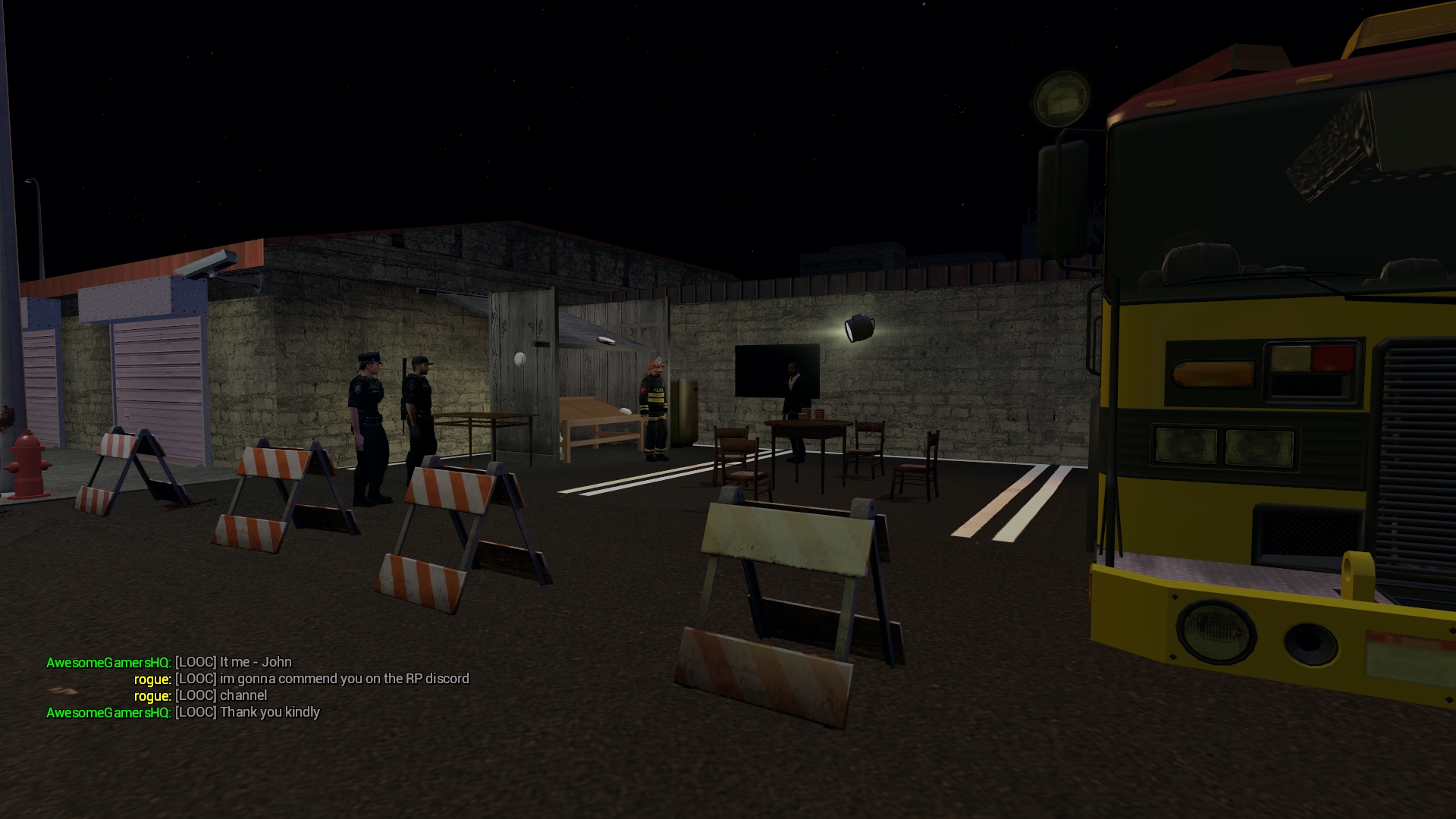 
@origamiswan1 ​
Joseph Sou aka origamiswan1 has been brought to my attention for helping new players, such as Oliver Jens as seen in this photo. Here, Joseph Sou was teaching him how to pick up props and use the storage system. A reward of $50,000 is available to you if you make a report in-game.​
​ 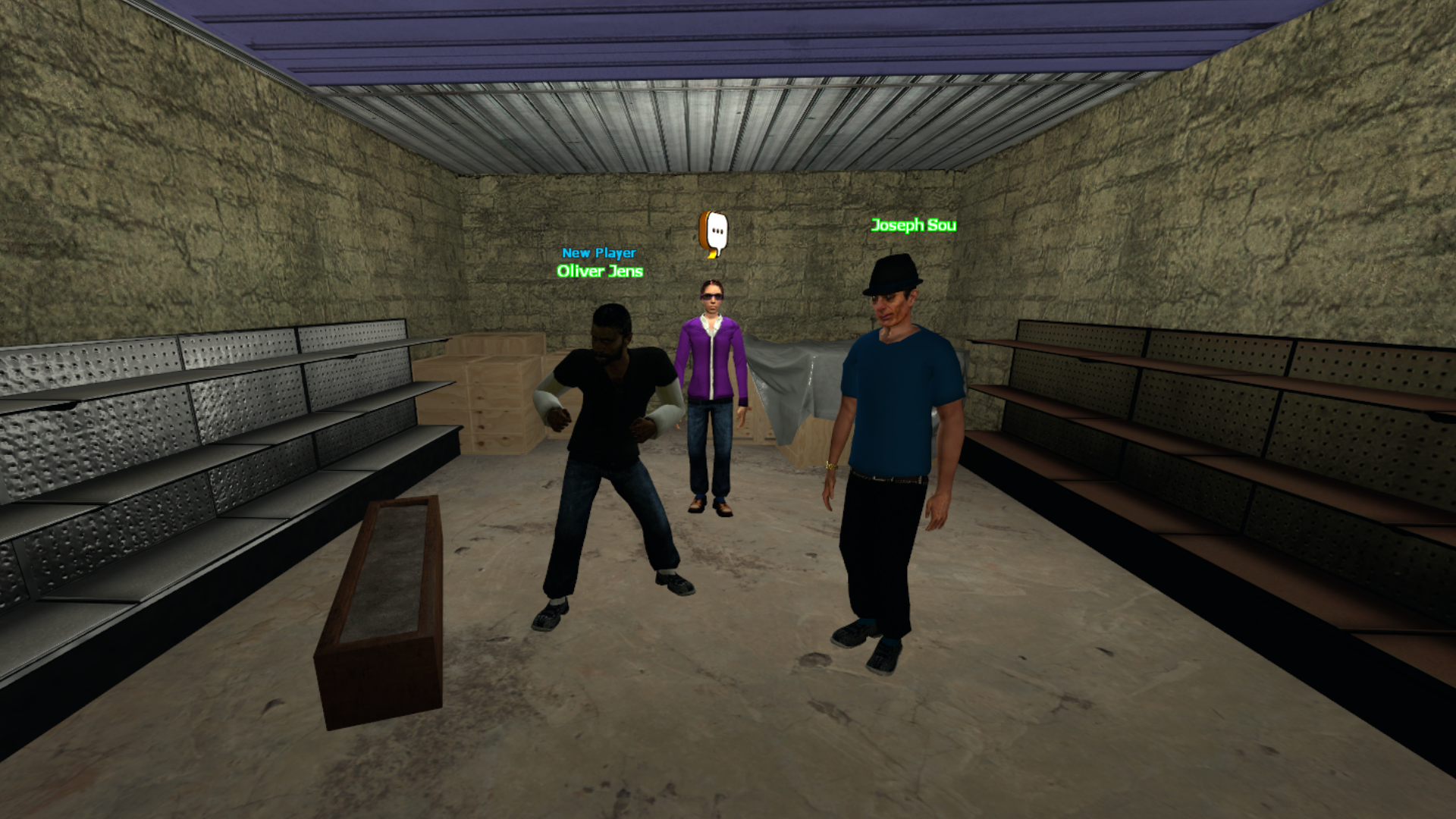 
@Ellie ​
This iron throne made by Ellie Wolf definitely needs a mention. If you don't get the reference then go and watch Game of Thrones (if you're old enough that is). This was submitted to me recently and for good reason, top job mate, very cool. A reward of $50,000 is available to you if you make a report in-game.​
​ 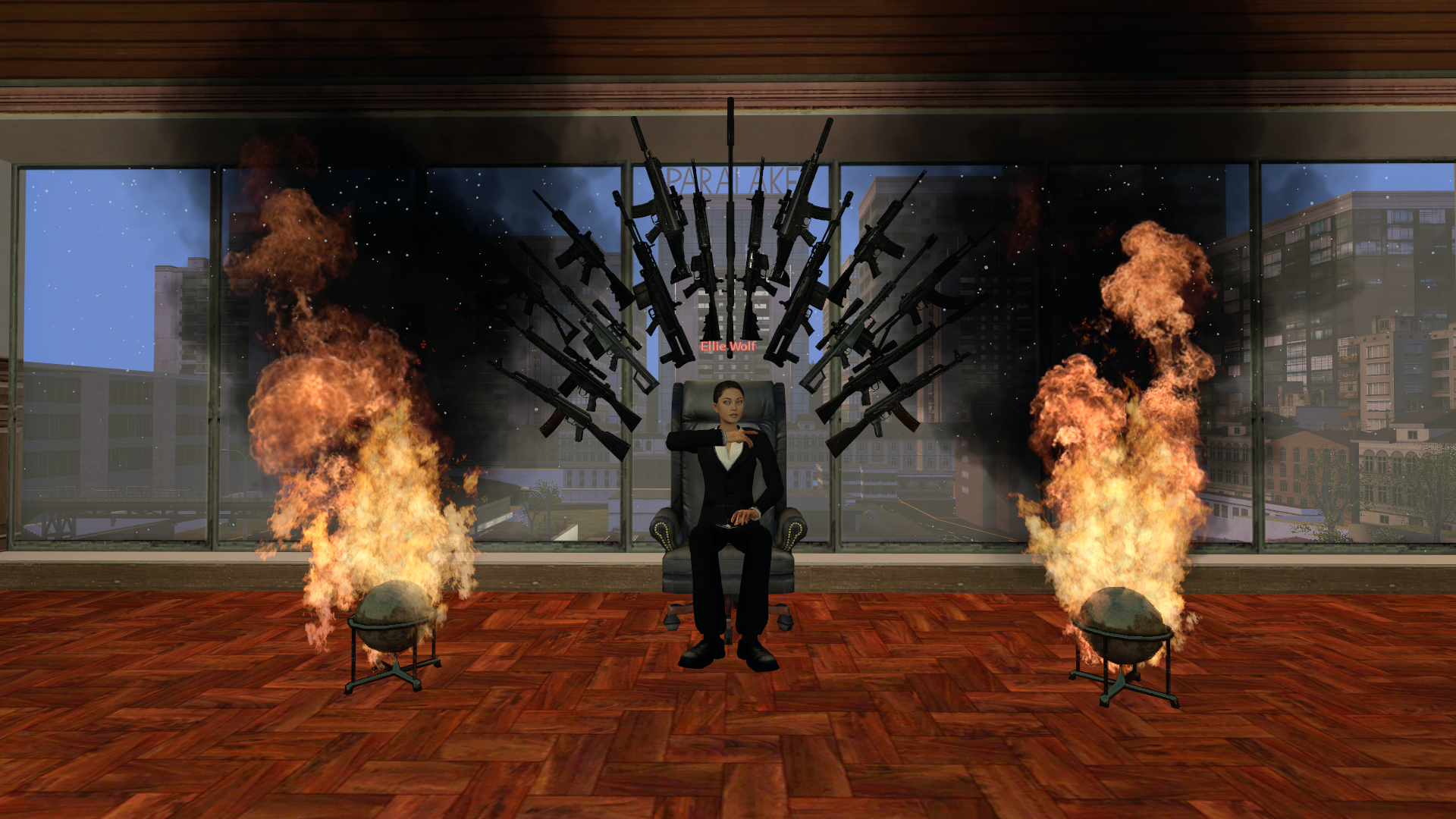 
Server Boosting​
We have launched some new perks to being a Server Booster. You will now gain access to an exclusive channel where leaks and development news is being posted early, so you can see it before anybody else. We have also been hosting giveaways which are exclusive to server boosters, for example @Puffy Sandvich won $100,000 just a couple days ago.​
​
Top Chatter Rewards​
In order to promote activity in the discord, we are releasing rewards to those who are most active in the discord between now and next spotlight. You can be active by chatting in general, posting memes, releasing videos and pictures in the media channel, highlighting good roleplayers in the roleplay showcase channel, or answering questions in the help and support channel. A summary of the rewards can be found below, including $150,000 for first place. Even if you don't come first, second or third, you will be doing your part in getting our server on the discord discovery list, and eventually partnership, this will allow us to reach out to more people and have more new players joining us.​
​ 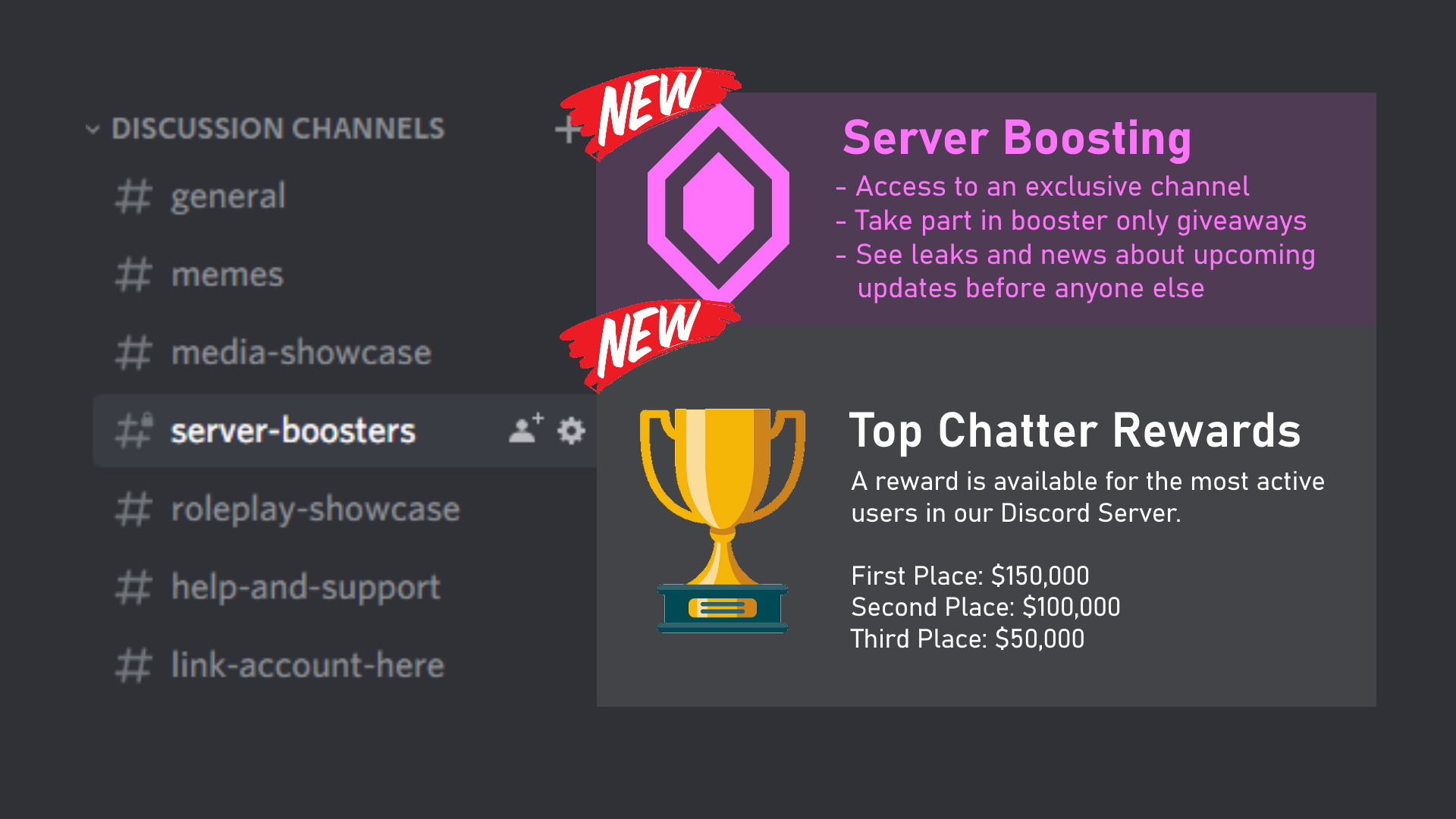 Let me introduce myself...

My name is Effan (I'm aware how close of a name that is to a staff member, hope it doesn't cause any confusion), my character's name is Ethan Rees. Currently, I can't quite decide what I want my character to be, but I enjoy buying apts/ houses and playing as a neighbour or driving around and...
perpheads.com
​
@WirRload​

Hi everyone my name is Vindoka :cat:, I am looking forward to playing with all of you and becoming a member of this community. Have a HD picture of @cloud 's cat as a thank you for giving me the opportunity to play on here.
perpheads.com
​
@SaberCrosk ​

Hi I'm KuXi, I played here long time ago, like years maybe? Now I'm back and I actually like it so I hope I stick around and have fun!
perpheads.com
RECENT COMMUNITY CHANGES


Navigation / Help Tab​
The help tab has been changed to make it clearer on how to create safeguarding referrals, contact community managers, submit trophy requests and more. We will look at trying to create a flow-chart so it is easier for our newer members to identify the correct staff member to see (e.g. admins for disputes, community managers/developers for GDPR Requests)​
​ 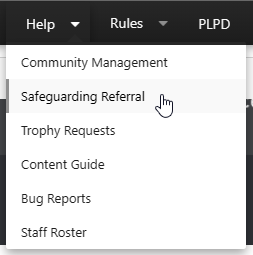 ​
Event Team Removal / Helper Improvements​
The event team was removed and integrated into the helper role. Our helpers will now be looking to create more passive or roleplay style events at least once per month for each helper. As this was introduced we have also been able to get additional tools for our helpers with the temporary 'Event Helper' tag.​
​

i appreciate the mention thanks very much

eugh
You must log in or register to reply here.