For years now i have been absolutely obsessed with extreme graphics quality in games. A few years ago i saw some videos on youtube proving what unreal engine is capable of. I've made a few games, mostly for hobby and school projects in Unity3D. I made procedurally generated islands similar to rust with lakes, water sources and plenty of biodiversity.

I stumbled upon a video by quixel megascans, a company that scans objects and materials for in-game textures whilst taking a shit where they recreated Dust 2 with stunning graphics. And as we all know, the best ideas come to life while doing a number two! I figured, hey, this looks easy as hell, i'm going to do this to paralake!

I've already did some testing as some of you might've seen in the shoutbox, i've extracted the few materials in the paralake .bsp file and i've decompiled the map content. I then seperated the textures from all models, cleaned up some unessesary files. I've then imported these using a tool called 'HammUEr' for Unreal Engine. This allows me to import Source engime maps over to unreal.

This is definitely not the best way, but its the fastest. First i tried decompiling the map back to an obj file using tools like VIDE and 3DSMax. This does work however in multiple attempts i was only able to import the map as a single mesh and while thats great for performance it made it very difficult to apply textures to premade structures. I'd have to rebuild buildings object by object and wall by wall which would be extremely time consuming. Using HammUEr brings in certain glithces aswell but those might only take a few hours time in total to fix. It does import the entire map as seperate meshes including their textures meaning replacing them will be a matter of drag and dropping, and modifications can just be done over the existing meshes.

As in the Dust 2 video above i will be using quixel megascans for the largest part of this project. Some people did ask me if i could livestream, which i will do so i can edit them into a daily progress video but especially in the beginning there will be a lot of time spend waiting for textures and lights to bake and compile and builds to load. Im also not an expert with Unreal at all as most of my knowledge is in c# and Unity and unreal goes into c++. I will add vehicles, maybe the monorail and a boat in, so anyone can explore the map if they wish when im done with it. Just doing this to kill some time because of COVID, and i always wanted an excuse to work with Unreal anyways.

i mean it's possible, but thats also what they said about RAW and identity ;-; @Aquaa
↑View previous replies…

@ICEKILLER_99 top review for that game makes my day


I think you've done some really great work here, if you're up to it, would be amazing to see all of paralake in UE on a server for some of us to roam around in for a bit, no pressure I guess

A multiplayer server shouldn't be too difficult!

It's 6AM as im writing this and im quite tired, i obviously didn't wake up early lol. I didnt spend a whole lot of time on mapping and modelling today but i did some changes to city hall and created a foundation for the underpass which will make tomorrow a bit more entertaining. Instead, i spend a lot of time learning the cinematic camera in unreal and i completely redid the lighting from scratch, this is the first render i've ever done using the cinematic camera in unreal so its not as smooth, but oh well.

Make sure you enjoy it in it's full 4K 60FPS glory
(It might still be processing, i posted this at 0% processing because i really want to go to bed )

Didn't get much done today unfortunately, so no video

Unreal engine's 4.25 update came out and i wanted to upgrade to it to various reasons. The texture and material libary i use (Quixel Megascans) has a plugin for unreal which they updated for 4.25 but because of that update my install of 4.24 got completely fucked so i was more or less forced to upgrade. The update is quite broken so tomorrow i need to do alot of reinstalling and have to load in the map from scratch again. Dont worry tho, i haven't lost any progress because of this!

In the meanwhile, enjoy a concept screenshot of the hungries alleyway across the hospital!

It's been a while since i last did an update, i've been quite busy basically re-doing alot of work. Turns out the export i did was at a wrong scale meaning i had to either scale EVERY thing i used down, or, i couldve just reimport the map on a different scale. I did the latter but couldnt be arsed to reimport all textures, thats why everything looks untextured unlike previous screenshots where you atleast saw other textures.

Besides that my poor shintel CPU has been very hard at work importing 200+ megascans assets aswell as other textures materials and stuff, which took almost 2 days. Since they completely locked up my machine i mostly did this at night.


Regardless, ive put texturing slightly on hold and firstly want to work on the road infrastructure, It will be the biggest undertaking of the project and unlike most buildings these will be a complete restructure of some parts. Obviously, it will resemble the look of paralake but slapping an 8K texture on the hammer designed highways just isn't gonna cut it!

Here are two comparisons of recent work, please dont focus on how dull the lighting looks! This is just a really simple light to show off, i've done 0 work on post-processing things yet.

@Xquality I know you're out there

Did some more work on roads today which are really nearing completion, i'd say they are about 50% done and i just have to do some more roads inside suburbs and business, then i'll move on to parks, sidewalks and the forest. Tested out some things at beach and while this area is still really bland i decided to render what i did today because why not! I kinda just wanted to show off the amount of detail in the roads and especially the road making details, which i only applied to the parking lot. i will be replacing the textures of the main roads but they are ok for now.

also did some preparation for free roaming, you'll spawn as a first person character and you can choose from around 5 vehicles parked at PD, and step in and out of them at any time should you wish to do so. Noclip will be an option aswell. There will be NPC vehicles and birds to make the map a bit more alive, maybe.
dont forget to watch in 4K!

the detail on even small decals is INSANE

I would visit the beach more ofter

forest is going to be nuts

yeah i'm really stoked on working on the forest! it will probably be the best part of the map

Ive laid the ground work for multiplayer, this means that when i release this, we can play together on a server and screw around a bit. There will be cars available aswell as a HD monorail

Also, heres me figuring out how an appartement should look. Watch in 4k!

You’d probably like learning CAD if you haven’t already. I could never find interest in any of this but I absolutely love CAD work, and because of it I got a summer job with my dads company out of it working with some engineers. Pretty cool stuff 10/10 recommend. It’s also extremely easy. Completely off topic but I thought I would nudge.

im renovating my room so i've got a bit of CAD experience from that, it was pretty fun though engineering isnt really a thing im into tho, but im planning to learn it better for some DIY projects and CAM

To think you could have already made V5 last year or something with these skills.

not being funny can we start a Go Fund Me to make a Unreal standalone of perp?? me along with im sure a lot of other community members would stick our bit in!
↑View previous replies…

Id put some in

the daily cinematic videos i planned on doing actually take alot of effort so i decided only to do them when i've 100% completed a part of the map, so when city hall is fully done, instead of only the outside. As a compromise, i will be streaming all progress! as i said with all the assets i needed gathered and imported the streams wont just be waiting simulator.

instead of the update video; you can watch what i have done today below. sorry for the mumbling sometimes but it's hard to talk when you are focussing on not waking up the house, and i dont hear my voice because of my headphones, xd. i was also pretty tired.

i talk more ~10 minutes into the vid, i mostly go over the work of the road, answered a few of @DJ Conyo 's questions and talk about some plans and ideas

If you cannot be arsed to watch the streams, i will make some unedited videos demonstrating stuff.
The video below isn't rendered like the others. This is 100% 'In game' recorded while im playing! To explain how good/bad the performance is, this is running ontop of the unreal engine software, while im recording. Im doing this on a laptop running a GTX 1650 and an I7-9750H. 0 optimizations whatsoever so trust me, if you have a ryzen 2600 and a gtx 1060, you'll be more than fine! even a 1050 should pull through if you've got 4gb+ vram


I invite you to join me on the new improved paralake roads(80% complete in layout), while listening to some Joe Cocker!

Oh and dont worry about how shit the car physics are, the roads need information on what kind of road they are(ice, mud, concrete etc) and i havent done that yet so the car assumes its ice for some retarded reason 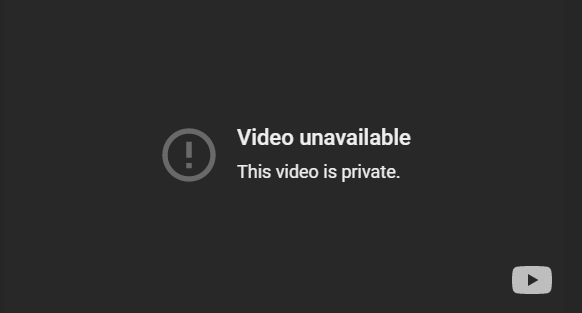 This is so cool! If you go to make this a full standalone game, although I've never worked with UE4, I'd love to help out and learn as I go I've got so many ideas racing through my head of how different features could work and the good thing about this is if the map was every outgrown it could be easily expanded.

Twitch is the world's leading video platform and community for gamers.