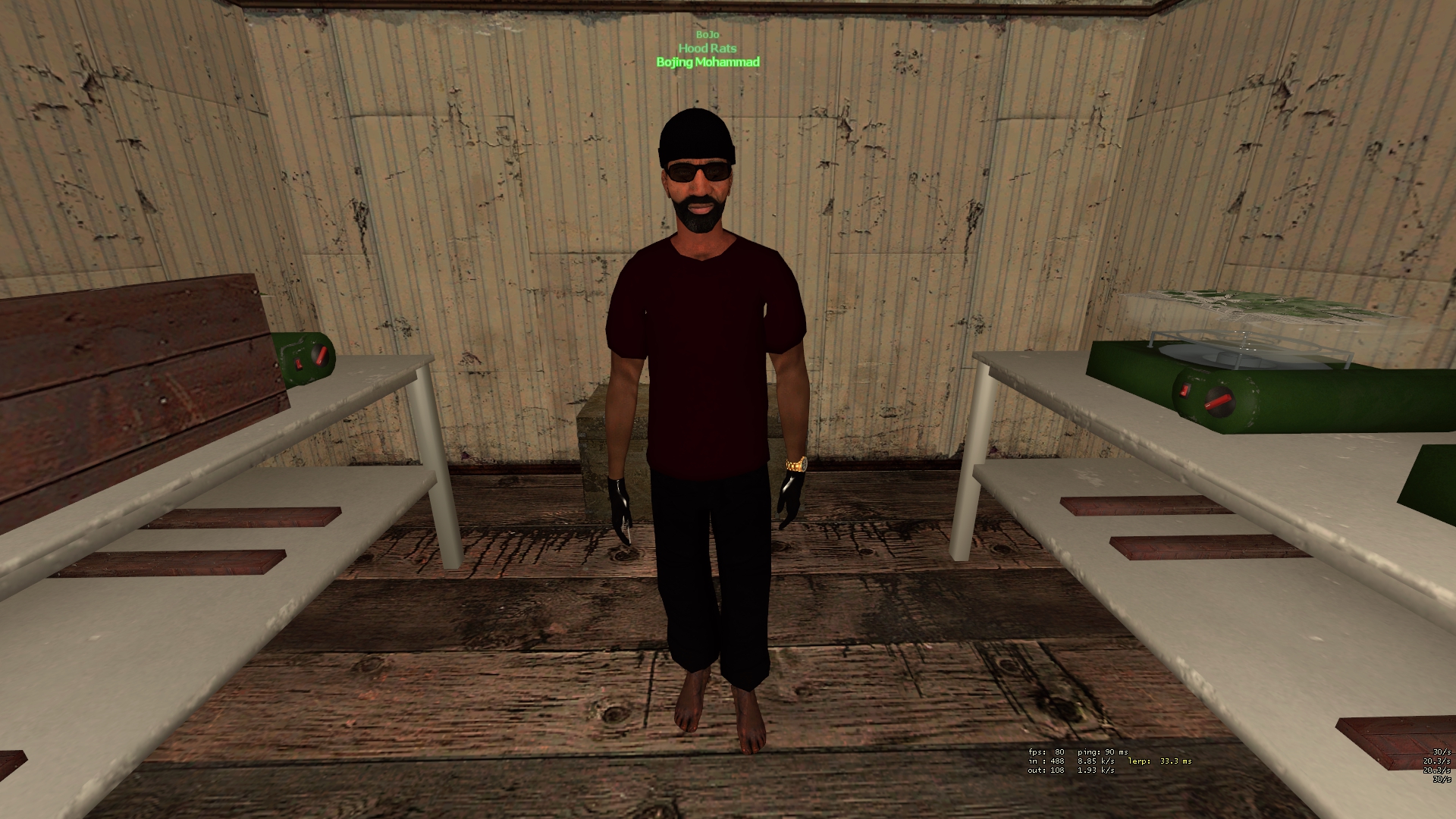 If you think you have what it takes to become a Hood Rat, brag about yourself below!​

@Jay Hatch why but look how good my aim is

Hello,
RC Company Minge wants to have an alliance with you.
You will be receiving free repairs from us and you Advertise us?

Can we make a deal?

Pull up Pull up Gass

that one hurt guys, rap battles when?

could you please pose next to all of your vehicles

Wolf industries partnership! We are now partnered with wolf industries and will be running an academy.
Any questions regarding the Academy can be asked below.

Wolf industries are the perfect place for all of your general needs, we want to ensure you know what they are!

Crafting service is available as a marketplace, we are now looking to employ crafters and get them working on the website with an account! It is easy to use and place orders and even easier to set up! If you need help in doing any of this and/or want to be a crafter please feel free to PM me or @AlexDunsシ on the forums!

Provides accounts credibility, this is a service that needs to speak about in private! As regards of this speak to me or @AlexDunsシ once again for more in-depth information! There is a hefty amount of money to be made!

Finally, we would like to say we are proud to be partnered and glad to be in business. This is going to open up many opportunities for many different people within the community to join a great organization and kickstart a lot more different aspects of roleplay!

The ORG leader of Mensa Society @Tinky kissing one of the hood rats feet!!

If you join Hood rats you will be COS (cheffed of site) or WOS (Wetted on site) by Mensa... Good luck

+support very cool !! cant wait to see montages of it

What mensa did today:
1. broke rules by bombing slums
2. mortimer tried to steal Jaks car, but he died instead
3. Mortimer threw a molotov but he did no to small damage after that went to jail.
4. Tinky kissed my feet like a b and got killed losing multiple weapons
5. Mensa tried to raid with the org but got killed by @Dom_
6. all their attempted raids failed.

@DJ Conyo sir what you need is a pair of glasses, because @Jenga was never in our org

@thehomelessdude oh lmao, then i didn't notice it xD

TFU minimum IQ running over the bloke on fire

@FatGeorge He put the fire out I see no problem here You man need to pipe down, tried to get the jump on us and got wetted, better luck next time sewer ratz

Ah yes, Gunpointing people who have to comply with said actions in circumstances where they may not attack you to defend themselves, sKill

@BigBenji nice that you described it for the newcomers here!

U can get a helper role in the future if you would like one?

Did more damage to each other tbh. 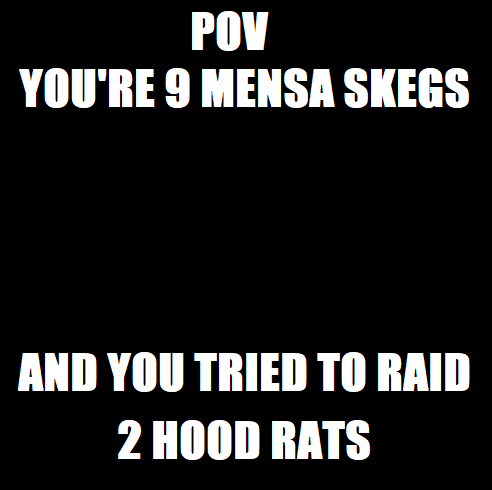 you wish !!!
ONLY REAL MEN ARE IN MENSA

Let me join or Handhaving won't get nightsticks.

I WILL BOX U

@curak shot me standing still at storage what a sick frag

enclave pfp respect bro
You must log in or register to reply here.