A few days ago the development team pushed an update which removed marksmanship levelling. As a result of this, we've had many mixed messages and want to get to the bottom of exactly what needs changing (if anything).

FYI: All firearms levels are currently locked at what was 85 before.

I've attatched a poll to this thread with some options of what we can do moving forward in regards to this feature. If an option does not cover what you want changing, feel free to let us know in your reply to this thread.

Before i vote, what do you mean by increase level of each firearm category if marksmanship is locked?

Marksmanship is currently locked at what was 85 before, some people may want to increase the level of each gun type (rifles, pistols, smgs, shotguns) to something above the current limit.

oh personally shotgun just put to 100, i dont see any difference, rifle and SMG to around 90 and pistol needs to drop to 50. sick and tired of turtling cops who beretta snipe. i cant vote for multiple?

I think that it's important for people to understand why the developers made these changes, it was one of the bigger reasons why people didn't play the server, thus making it one of the most important things to change as it would bring players back from the feedback that the developers got.

Stop being whimps and suck it up

its fine them removing it but people such as myself grew for the money and wasted over 1million on getting it up for them just to remove it cos u have bitches crying that its unfair, if it was soo much of a issue to them they could of done their own marksmanship but they didnt and now get it for free so all of us who did it has shat out on almost 2 million. we should be paid back exactly what we paid to get our marksmanship level to what we had.

man that was one bad argument

wasted? what do you mean wasted, you used it several times when you were on that patch, it was deemed unbalanced and thus removed from the game, while an unhealthy meta is good for the game, it can't get to the point where people won't play the game

As someone who had 100 marksmanship in rifle, SMG, and shotgun as well as 60 something in pistol, I fucking hated the marksmanship system. I hated spending money on ammo for it, I hated shooting targets for multiple mind numbing hours in the boring ass shooting range, I hated the thought of having to go spend more time in the shooting range just to remain competitive. I'm glad its gone.

However, I'm not exactly thrilled about seeing all those hours spent grinding for money and the time spent shooting gone with nothing to show for it. Something, anything would be nice just to know that I didn't waste so much time for nothing. The levels should also be brought up to 100 for everyone, doesn't really make sense it put it at 85 since 100 was the cap.

I honestly don’t understand why you’re all crying.

If you actually had 100 rifle marksmanship then you would have cared.
↑View previous replies…

Pistols need to be decreased. Long range they shouldn't have less recoil than rifles. This should be a seperate poll because there was no option for this with comp @Ayjay

Rather than editing the stats of certain groups of firearms, why not completely rework certain guns to make them easier to use?

Glock 18c always has been and forever will be stuck in a state of redundancy due to its recoil, despite having a compensator literally built into it. 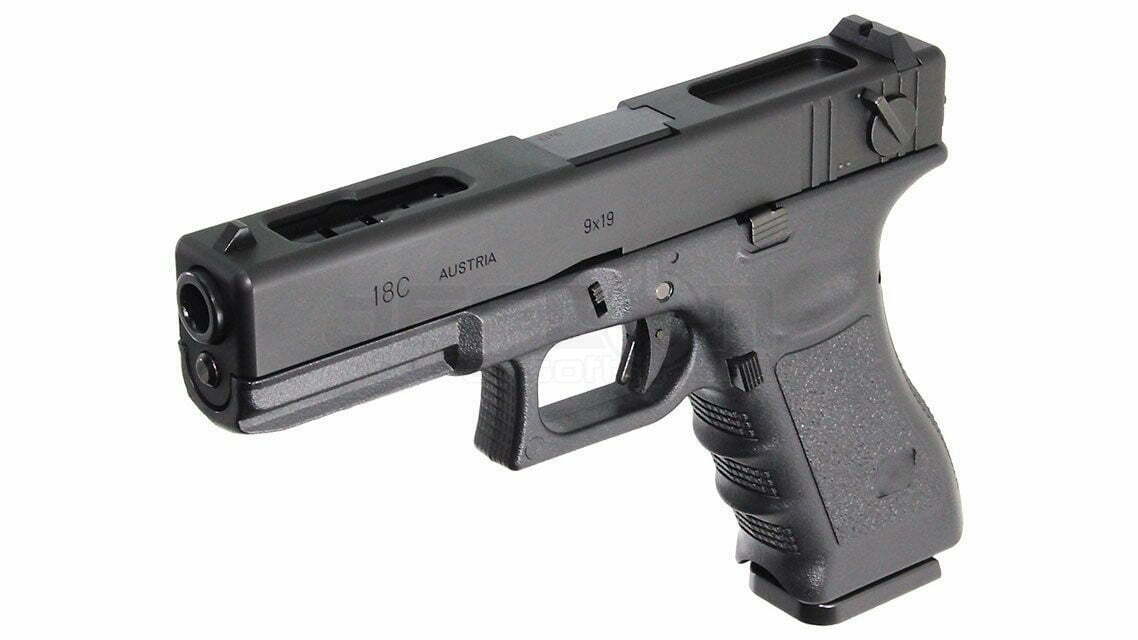 (I know this is airsoft, but its hard to find a picture of an actual glock 18c since about 1000 exist and only in the hands of western counter terror groups)
The cutaway on top of the gun, plus the fluting of the barrel, is to reduce muzzle climb by venting the gas out the top of the gun and countering the natural climb of the muzzle. It should equal to using an MP5K without a stock. Fuck, even the Glock 17 has less recoil than the Glock 18c does on semi. Increase its spread since its

Mac 11 is a tricky one imo, I feel as though the Mac 11 is somewhat fine with having high recoil due to its fire rate, but at the same time I believe its the weakest SMG, so maybe an ever so slight decrease in recoil is in order?

Typically a pistol shouldn't retain accuracy at longer ranges with a few exceptions. Revolvers should be kept as is because they're slow to fire and realistically because of the design of a revolver, the round fires with more pressure as it needs no kinetic energy to cycle a round. Semi automatic handguns on the other hand should have a slight spread increase but only in a way that would be noticeable from about the distance between the top of shady street to the entrance to slums.

It doesn't matter what gun it is, if it takes sniper ammo, it should retain 100% accuracy when used with a scope. I believe its already like this but I noticed when I grinded my rifle marks from 75 to 81, the L115A3 was slightly off target, when I aimed at the centre of the red mark, It hit the edges of the red mark occasionally. Now, this probably wouldn't matter in combat but its just an observation of mine. Maybe the G3A3 could be an exception but at the same time I wouldn't make it an exception to this unless its full auto spray time.

There's rifles out there, such as the Sig 550, the AUG, and the Famas, that no one in there right mind are ever gonna use more than once because they're just inferior to other rifles of the same and bigger calibres.

Tl;DR: Alongside adjusting the marksmanship overall to change recoil, there needs to be more work done to make sure each individual gun is decent enough for use in 1 way or another.

The recoil of the G18C is terrible, use OTs-33 instead. This was before the removal of marksmanship.


Also I'm finally going to use the Sig 550 now, one of my favorite weapons due to how dead accurate it is.

like i said before, marksmanship added an aspect of realism that no other server had, it added something to work for. i say revert everyone's stats back but make it easier to level up, not everyone should be proficient with a weapon they've never picked up before

I'm not really sure at the moment. removing it sort of benefited me and not at the same time. It's nice now it's gone as there's no 'competitive' feeling to perp. Maybe decrease recoil on some guns like the Glock 18C. Not sure though.

Once people get their compensation people will still moan that they want better recoil, watch. 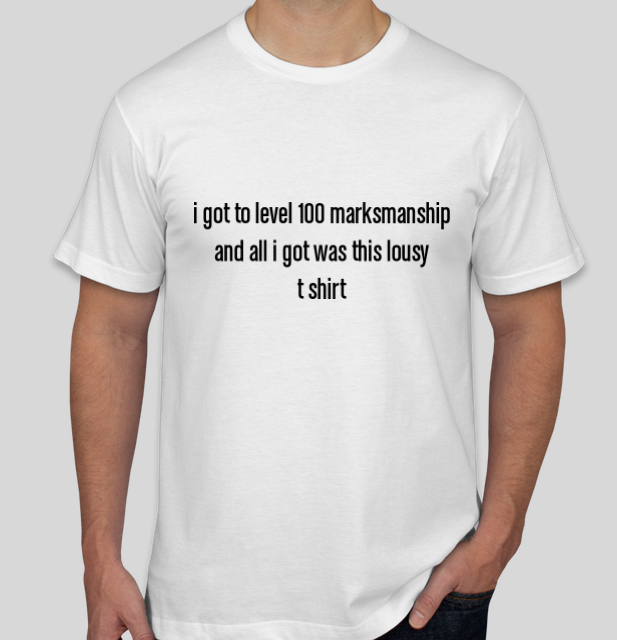 I mean the t shirts not a bad idea lmao.

perp is a MMO FPS now

So it's looking like "keep removed with compensation" is currently winning, but what exactly do you guys want?

What compensation should be given to people b ... - StrawPoll

This will only apply to players who have one form of marksmanship leveled between 85-100.

I'll buy you a g shock and an advent calendar

I'll take you up on that offer good sir 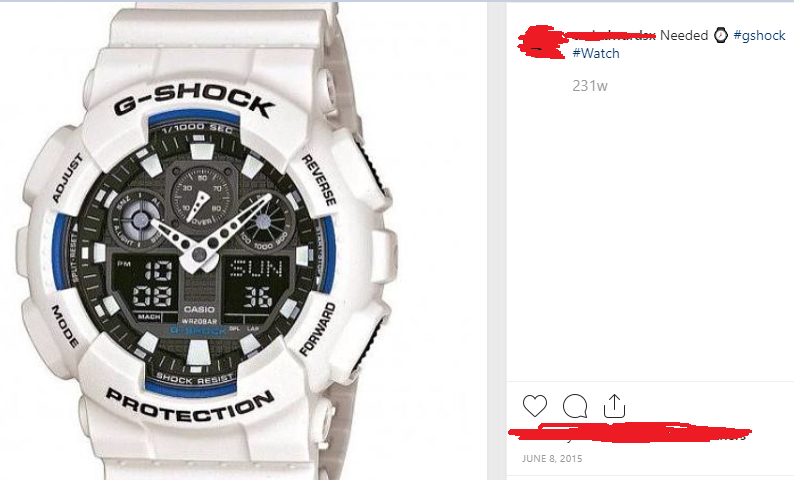 is 500k round about how much it would of cost or would it have been more? either way the above would be decent imo.

@JRW I don't think you understand it if that's so

I was thinking a cool cosmetic item in game that's permanent would be a good compensation. My opinion.

I mean a permanent gold AK - 47 skin would be pretty cool and all you would have to do is apply it at gunrange, its like in the Halloween update for your gun instead of your player model, right?

Gold AK for 100 rifle marks users, Gold Mac 11 for 100 SMG users, Gold Deagle for 100 pistol users and for shotgun probably fuck all since shotgun marks got nerfed awhile ago.

for shotgun marks, for the poor people that got them they can get a golden double barrel to show how truly fucked the were when they hit 100 shotgun marks

It's pretty clear which way both polls are going, so here's the changes we're going to make:

- Marksmanship will remain permanently removed however changes may be made to specific guns-type/guns in the near future (Eg. Pistols)
- Players who achieved 85-100 in any marksmanship skill will be rewarded a forum award for their dedication.
- We will continue to engage regarding issues such as this one & attempt to come to a resolution promptly and effectively.

If you achieved level 85-100 in any marksmanship skill & you'd like a forum award please fill in this form (any fake responses will result in a ban, all Steam ID's will be referenced with the server database).

Thanks for your feedback guys.

UPDATE: All awards so far have been sent, you will not be given an award if you don't match the criteria listed above or you haven't submitted to the form above by tomorrow (18/11/2019) at 8PM GMT+0.

@zansa & @Pedia - You submitted the form however didn't have the required marksmanship level to receive the award.

UPDATE #2: Submissions for the forum award are now closed, all of them have been sent (from my phone, yes it was painful) - If you've already submitted the form (before closing date) and still haven't received the award then send me a PM on the forums.